The Transformative Power of Justification 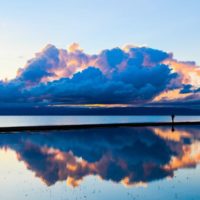 [vc_row][vc_column width=”5/6″][vc_column_text]“Therefore, since we have been justified by faith, we have peace with God through our Lord Jesus Christ.”

For those of us with faith in Christ Jesus, this revelation should reduce us to joyful weeping. Such potent words as justified, faith and peace are so often used in Scripture that we are prone to overlook some of their implications and significance. Let us examine this word justified in its various contexts in an act of praise to God for his glorious grace.

What exactly is justification?

Today, the most common usage of the word justification and its derivatives is in situations of defense. Think of the legal term “justifiable homicide” or the expression “he was justified in his actions because….” We understand this to mean that, due to the given set of circumstances, he was not in the wrong but in the right.

So how does our modern treatment and understanding of the word justification relate to our Christian state of being justified? After all, the assumption under which Paul writes to the Roman church in this verse is that justification has already taken place; and this completion is perhaps the most incredible part.

Who is my attorney?

The illustration commonly referenced is Paul’s image of a courtroom in which we, the accused, stand before God the judge. For those of us who are in Christ, He acts as our defense and the verdict comes back favorably. Despite the fact we are all sinners and fall short of God’s glory, we are “justified by his grace as a gift” (Romans 3:23-24). This is the basis for a widely accepted definition of justification—the act of being declared to be in right relationship with God or as one ought to be.

Isn’t that encouraging? The way we ought to be is to be in proper relationship with God; or as Paul says we should have peace with God. We should be in a not-guilty state, but because of our sin, this relationship has become distorted and ultimately broken. To clarify this “state of being justified:” if faith is the means by which we are declared righteous, then the term justified is best understood as the status shared among those whom God has found not-guilty.

Okay, how does this happen?

There may be, however, questions as to how this process works or whom is/will be justified. To begin with, isolating justification and studying it in a vacuum would be a mistake. Justification is a part of the total salvific work of the Holy Spirit when one turns to God in faith and cannot be examined independently. For our purposes, however, the most relevant course for study regarding justification in its proper context appears in Romans 2-5.

It is evident that justification occurs by faith (Rom. 3:28, Gal. 2:16). Other occurrences in the process are understood as happening in conjunction with justification. In 1 Corinthians 6:11 Paul writes that we are washed, sanctified, and justified. In another Epistle, justification follows the belief of the heart and salvation follows confession (see Rom. 10:10).

Repentance, or turning to God and away from sin, leads to other events and status changes happening immediately and simultaneously. When one accepts Christ, His Spirit indwells that person and he receives all the gifts of God’s grace and mercy. Justified is the resultant state of the believer; because he has repented and believed, and has been adopted as a son of God, he is considered to be in right relationship with God.

But what about that guy James?

Opponents may point to James 2:14-26 as challenging the notion of justification by faith alone. James’ assertion, however, is not so much how justification comes to be, but rather reshaping the paradigm of what faith is. His remark about Abraham’s faith being completed by works gives insight to this. James here does not by any means discredit justification by faith, but rather complements it and points out the inherent and necessary action element of faith.

New Testament references are constantly made to portions of the Old Testament including: Abraham, the Law, Israel, and Moses. In order to make sense of these references, it is certainly helpful to grasp the overarching theme that traces back through an abundance of history and Scripture. Israel was chosen by God to be His people; His covenant with Abraham at the outset was that all nations of the earth would be blessed through his offspring. Abraham was justified only because of his faith, but that faith is exhibited through that component of action.

God’s plan for redeeming the world was to use Israel as His agent. In an effort to set the people of Israel apart and ensure their success, He gave Moses and the nation of Israel the Ten Commandments and books of the Law to follow. Those who followed all that was written in the Law would ultimately be found not guilty. Of course this was impossible as Paul tells us in Galatians 2:16.

God provided the Law as a guardian for Israel until Christ came (see Gal. 3:23-29), and allowed for animal sacrifices to be made as atonement for breaking the commandments. These sacrifices would restore the broken relationship that resulted when man broke the law, and would reconcile the subsequent separation from God. Animal sacrifices were always insufficient and, as the writer of Hebrews tells us, because “it is impossible for the blood of bulls and goats to take away sins” (10:4).

Since the initial promise to Abraham in Genesis 12, God reaffirmed repeatedly that all the offspring of Israel would be blessed and justified (see Isaiah 45:14-25). In his infinite wisdom, He sent his son Jesus into the world to take on the identity of Israel and become the sacrifice that could save man, and ultimately take away their sins. He did this not because Israel had failed their mission, but rather because He would not allow Israel to fail. It was God’s plan all along to use the nation of Israel as his instrument in bringing redemption and restoration. It just came to look vastly different than how many Israelites expected- not a physical kingdom but rather a spiritual one.

What if I’m not from Israel?

Israel was and is God’s chosen people and, sure, they have blessed and will bless the world, but who exactly is Israel? Just as Jesus’ kingdom exists in the realm of the spiritual, so does the nation of Israel. Paul reassures us twice with powerful insights in Romans 9:6-8 and Galatians 3:7-9 as to who constitutes Israel and who shares in the promises of God. Those who profess faith in Jesus Christ are considered spiritual sons of Abraham, and therefore the true Israel, and children of the promise. The chosen people of God are not comprised of those born within political borders, but rather, those who belong to God through faith.

What a revelation! By faith we, regardless of who we are or where we come from, are chosen in the same manner that God chose Israel in the beginning. The aforementioned status change is again echoed in Ephesians 2. When separated from Christ, we were “alienated,” “strangers,” and “having no hope.” But now, through faith in the saving power of Christ’s blood, “you are no longer strangers and aliens, but you are fellow citizens with the saints and members of the household of God.”

Titus phrases it in that we are “heirs according to the hope of eternal life.” All of these manners of speaking refer to that change in status, and to the ultimate dichotomy: from death to life. Justification means we have life again through our restored relationship with our Creator.

The truth that the justified are in right standing before God has transformative power in the lives of believers. God holds unswervingly to His promise that he will hear us and forgive our sin if we humbly call on, pray to, and seek Him. God is using us the redeemed, the righteous, and the justified according to that promise. He is continuing to fulfill that promise in a most glorious manner.