A Sinful Understanding of Sin 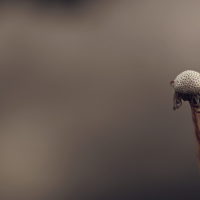 Repentance. This was how Jesus began and ended his earthly ministry (Matthew 3:2, Luke 24:47). It was His central message which revolved around a central theme, Christ came to “seek and to save the lost.” (Luke 19:10). At the heart of both his message and theme is a need to understand sin.

Salvation is unintelligible without a common understanding of sin. What are we repenting of, if not sin? What are we being saved from, if not sin? Like it or not, sin is a central concept in the Christian faith. So why do so many believers lack a proper understanding of sin?  If asked, could the average churchgoer give a Biblical definition of sin? Do they often think on it? Do they fight it every day or have they long since surrendered to its sway?  Do most churches regularly offer moments for corporate confession or calls to repentance?

If not careful, the church can find itself being reactive to past mistakes or cultural fads rather than proactively pursuing the whole of Christian truth. CS Lewis chides, “Luther surely spoke very good sense when he compared humanity to a drunkard who, after falling off his horse on the right, falls off it next time on the left.”1 When it comes to sin, the church has certainly been on both sides of the horse. Below are a few wrong reactions I have observed.

Sin Magnified
I remember growing up and hearing a lot about sin. It soaked from every sermon. It sprang from every song. It reverberated from the pulpit of every revivalist. But, if we are honest, there was perhaps an over emphasis on sin. It is an injustice to preach sin yet withhold grace. For many listeners, real or perceived, this was their reality. The preaching of sin is never meant to beat you down. Sin does a good enough job of that on its own. The preaching of sin is a doctor’s diagnosis of a disease from which Christ is the only cure.

Sin Categorized
Churches can sometimes focus so entirely on certain sins that its members begin to be comforted (falsely) by their apparent holiness. When sins such as adultery, homosexuality, abortion, and drunkenness are continually preached as “the” sins to avoid then sin has been redefined as only the grosses of acts. The result, we who do not struggle with such sins are never fighting the sins we do struggle with. We slay not the beast of gluttony, pride, anger, greed or jealousy, for this is a trivial matter. Our redefining of sin has numbed us from conviction of sin, great or small, against a holy God. We are not broken over sin because we re-categorize our sins as daily struggles…everyone gets angry or lies from time to time. Yet the Bible seems content to juxtapose sexually moral and liars, sorcery and faithlessness (Revelation 21:8).

Sin Immaterialized
For many, sin isn’t overemphasized but merely missing. If churches twenty years ago focused too much on sin, churches today focus too much on love. While it is true that God is love, love is not god. In an attempt to love others we have removed from our vocabulary anything that would offend. Being reminded of my true nature is quite offensive. I don’t like it. Although Jesus removed many barriers that kept us from God, our discomfort with sin was not one of them. Many believe that sin is unimportant because God’s love is greater than our sin. But it is the love of God that actually confronts us in our sin, for only through confrontation can sin be confessed, and only through confession can sin be forgiven, and only through forgiveness can God’s love be fully experienced. Jesus was full of grace and truth (John 1:14). To sit upright on the horse we need both grace (He loves) and truth (He judges sin).

Sin Defined
Perhaps the problem is that we do not see sin as we ought. I am challenged by the writings of Ralph Venning. In his book, “The Sinfulness of Sin,” written after the great plague, he calls sin the plague of plagues (let that sink in) and describes it as thus, “Sin is the dare of God’s justice, the rape of his mercy, the jeer of his patience, the slight of his power, the contempt of his love… 2” Stephen Charnock cuts to the quick when he asks, “How sinful is sin that God must bleed to cure it?!”3 Let us remind ourselves that Christ bled for all sin, not merely for those we deem particularly heinous.

Thus we are back where we began, seeking an answer to the question, “What is sin.” John Piper defines sin as, “Any feeling or thought or speech or action that comes from a heart that does not treasure God over all other things.”4 Though many would like to define sin as anything that hurts another or infringes upon the freedom or love of another, the Bible simply does not lend itself to that definition. Sin is directed against God (Psalm 51:4), is a rebellion against God (Genesis 3), is hated by God (Isaiah 61:8), and an attempt to replace God (Romans 1:18-32). RC Sproul remind us that, “even the slightest sin that a creature commits against his Creator does violence to the Creator’s holiness, His glory, and His righteousness. Every sin, no matter how seemingly insignificant, is an act of rebellion against the sovereign God who reigns and rules over us and as such is an act of treason against the cosmic King.”5

Oh, that we might see sin for what it is. It is not a trifle thing to taste (Ephesians 5:12). It is not a minor thing to dismiss (I John 1:10). Sin is the great enemy of our heart that seeks to rob us of our greatest joy. May we heed the words of John Owen, “Be killing sin or it will be killing you.”6

Many would like to define sin as anything that hurts another; the Bible simply does not lend itself to that definition.

Sin is the enemy of our heart that seeks to rob us of our greatest joy.