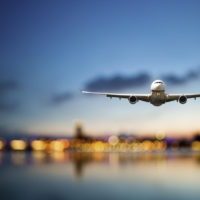 As I peer through the airplane window, and the clouds begin to part, there it is again—that old familiar pain in my chest. The one I get every time I land in the US after being away for a while. Between breathtaking scenes of winding rivers and patchwork fields of grain, dusty diamonds and rusty goal posts are clearly visible as we begin our descent toward “home”. Town after town passes so quickly beneath the 747. All the while, I think I can hear the sound of bats cracking and shouts of “first down!”

And there it is. Grief. Loss. Regret. The realization once again that I will never sit in the stands or bleachers and cheer for my child’s team, no matching mom shirts, no free Cokes for catching a fly ball, or standing to applaud a high school half-time show done well. No little league. No peewee. There’s no going back; we’re past that age now. And that nagging question is revisited once more: Has it been worth it?

As an overseas kingdom worker, there are losses. Jesus reminds us of this reality. As such, I had counted the cost of house and home, mother and father. But I wasn’t prepared for those unforeseen losses. I never saw my nieces cheer or dance. I didn’t sit in the stands and they crossed the stage to receive their High School diplomas. I missed the smile on my best friend’s face as she opened gifts at her baby showers. I wasn’t there to rise when people I discipled walked down the aisle to say “I Do.” Or to embrace a friend at a funeral, to allow my tears to speak in ways words never could. But after a while you learn to count the cost of these as well. And then comes a new stage, a new question, what do you do with your children’s losses, losses they were never able to make for themselves? Such is the life for parents of TCKs.

It’s one thing to leave houses or brothers or sisters or father or mother or wife or children or fields for the Lord’s sake. It’s quite another thing altogether to make that choice for someone else, especially when they aren’t even old enough to know what’s going on. So was the case for our two boys when we left Arkansas in 2007; Noah was 2 and Nate wasn’t even yet 1.

Today, they love soccer and prefer rice over potatoes. They compete in badminton tournaments and can sing the Happy Birthday song in four languages. After a decade on the foreign field I’ve begun to recognize that grief of things lost for my children is more my grief than theirs. Sure, they talk about wanting to go to a Razorback game that isn’t live streamed at 3:00am or wishing they could have gone to Trunk or Treat at least once in elementary school…but by in large, they’re happy, well-adjusted kids, who just happen to have a different set of experiences than their American counterparts, and of their parents. And that’s okay.

I can’t pretend that grief has gone away, because it hasn’t. Most days it is a silent spectator content to sit quietly by my side. But inevitable something will awaken that feeling inside my and once again I am reminded, it has never left. And that also is okay, for the Bible clearly says that there is a time to mourn, and that those who mourn are blessed, because they will be comforted. And that the comfort from God with which we ourselves have been comforted, comes so we might comfort others who mourn also.

Perhaps my loss is meant to bring you comfort today. So my encouragement to you is this: mom of a TCK, yes, you are making choices that affect your children. And some of those choices will bring you grief. So mourn the loss. It’s okay. For those considering the big move abroad: consider the cost, pick up your cross, and go. You may not hear cracking bats or half-time bands, but those sounds will be replaced by new ones, sounds of your children’s childhood. For them they will be just as meaningful. And if you listen well, not just to what isn’t there but to what is, those new sounds just might bring a smile to your face. I may not hear my sons tell me about their latest football game, but once a year I’m guaranteed to hear Happy Birthday in Chinese and Korean. And that’s not a bad trade-off at all. 