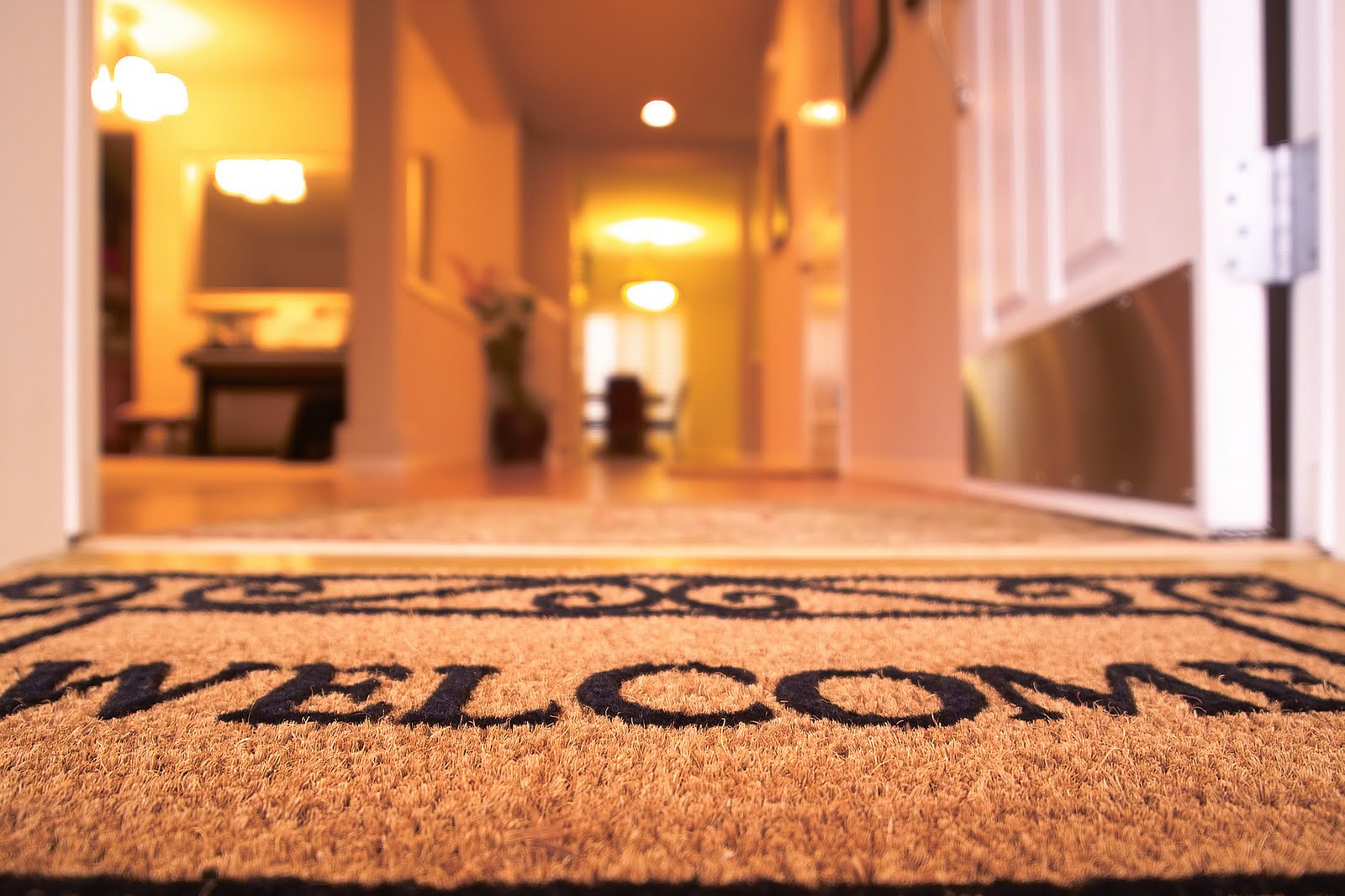 She was dressed in her traditional hijab; the thin blue veil covered everything except for her eyes. I noticed that she was with a group of women who were walking towards the exit of a local Wal-Mart. It just so happened that as this group of Muslim women was exiting, an Indian couple was entering. They were middle-aged and obviously not locals. She wore a sari and he a sarong. And in that brief moment of passing, no more than two seconds, there was a oneness about them. It was odd really. One worships Allah, the other, well that’s the problem isn’t it; the other worships a myriad of deities. Muslims are vehement about the worship of one God. It’s one of their five pillars and the only way into the religion. The Shahada, though simple, is the focal point of their belief system, there is no god but God, and Muhammad is the messenger of God. One of the biggest issues Muslims have with Christians is the Trinity. To them it is tantamount to polytheism, a thing to be abhorred.

So when I saw these obvious strangers from two very different cultures, two vastly different religions, and two completely different languages, lock eyes and nod their heads at one another, I took notice. I noticed because it shouldn’t have happened. I noticed because something monumental was taking place here. Take the Hindu and place him in Yemen and it wouldn’t have happened. Take the Muslim and place her in India, and again, it would not have happened. But here, in the United States, they were on equal ground. They were both foreigners who knew what it was like to suffer through the language. They understood the frustration of having people stare, or of hearing giggles and condemning whispers as they passed by. They had both probably screamed and cried, and on more than one occasion wanted to pack up and go home. And unfortunately, they both most certainly had more than one story to share about how an American had hurt them. It was these experiences that made them partners, members of one team. Team expat; team broken and confused; team frustrated by a foreign worldview.

In that simple nod I heard them say, “I understand.” And understanding can bring together the most unlikely of candidates. Yet as strange as this scene was, it wasn’t new to me. I live in an international city where I am the foreigner. I knew what they were thinking in that nod, not because I’m a clairvoyant, but because I have given that very nod and thought that same thought. Our experience as an outsider seeing the struggles of other outsiders is actually what led our family to begin reaching out to not only Chinese, but to the nations that are represented in our city. We didn’t know what to call it yet, but we knew that it was some new stratagem in missions (even a casual observer in mission history will note that God tends to use different strategies in different eras of church history – our era of people tend to think in ethnic groups and exit strategies, and are quickly moving into the BAM mindset). The world was getting smaller; the world was becoming a true melting pot, and this, we noted, had created a unique opportunity in missions.

For years, before moving to China, we had participated in and encouraged others to share in the ministry of reaching the nations that were coming to the U.S. (Diaspora ministry). Today there are countless books on the subject. We no longer have to go to the world, they are coming to us, is the mindset of this ministry. I still think this is a great missions strategy, but it’s not quite what we had stumbled upon here in China, and later noted in that Wal-Mart. In the States, before moving to China, our strategy was nationals reaching expats (I’m an American in America reaching the nations that are coming to our soil). But in China we had shifted somewhat, it was now expats reaching expats.

See the difference and its implications? If the Hindu, as a missionary, wouldn’t have connected as an outsider living in Yemen and the Muslim, too, wouldn’t have connected as an outsider living in India, then what can we conclude? Expat to Expat relationships can build quicker, deeper and perhaps most importantly, those relationships can exist when they shouldn’t. I personally know of many Chinese who find Jesus after they have gone abroad. This means that Diaspora ministry is working, but I wonder, would we see an even greater harvest if say, Korean students or British students were to come to American Universities for the sole purpose of reaching Chinese? I don’t have the answer, but I do know this; many of my Chinese friends who have travelled abroad became introverted and isolated in a system that didn’t fit their moral or cultural values. Americans weren’t reaching them, or couldn’t reach them at a time when they were lonely and in need.

This ministry of Expats reaching Expats is what Ralph Winters would call E3 Evangelism (distinctively different cultures, to people of different languages), which is the most difficult type of evangelism. But when both the missionary and the one who is hearing the gospel are outside their own culture it tends to play tricks on Winters’ Evangelism scale. It levels the playing field, so to speak.

Another label that one might try to stamp on this type of ministry is, as already noted, Diaspora Missiology. Though, again, what I witnessed at that Wal-Mart in Arkansas and what I witness on a weekly basis here in China doesn’t fit neatly into that category either. Diaspora Missiology is recognizing the waves of migration in and around your community and then reaching out to the nations that are living just around the corner. What I’m suggesting is similar, yet different.

So, what SHOULD we call this new type of ministry? It’s not that this type of ministry is entirely new, I know of an American couple that worked short-term in France reaching Turks, and of another American that took short-term trips to Hong Kong to work among the Filipinos. No, the study of migration and diasporas is not new.  But, I’m not sure that this paradigm of evangelism has really been fleshed out. There are certainly few books out there written on the subject of one going abroad to do work in the expat community. Don’t get me wrong; there has been much scholarly research into these areas, but not much in the way of casting a vision to laity. Typically if you want to reach Muslims, you go to the Middle East, but what about moving to China to work among Middle Eastern Muslims that are here on business? I have a friend from Venezuela that is doing just that. It’s also a part of what we do.

What I’m suggesting is this, maybe God is calling you to research a diaspora group, find where they’re living in the world, and then go live among them (You as an American reaching the Turks in France for example). Perhaps God is beckoning you to move to a host country, but not have the nationals as your primary focus (strange right?). Maybe he’s calling you to suffer through a language (that you’ll most likely not use for ministry), perhaps two languages if English can not be used as a trade language; give up your since of pride and security as you begin to navigate the unforgiving current of your host culture; eat food that’s less than appetizing; and experience that awful feeling of being an outsider, just so that you might be able to use that loss as a bridge to further the Kingdom.

Think of this type of ministry as what Paul describes in 2 Corinthians 1:4 – God comforts us in our affliction, so that we may be able to comfort those who are in any affliction, with the comfort with which we ourselves are comforted by God. As this Diaspora group sees you suffering in the same ways in which they are suffering, but suffering gracefully, full of joy and peace, inevitably it will lead them to wonder what it is that drives you, and eventually wonder will lead to desire, and desire, to Christ.